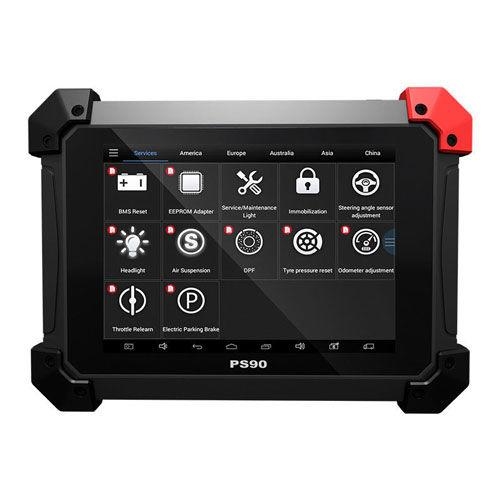 Brand New from Xtool!
Powered by Android, the Xtool PS90 is a Pro Level scan tool with the added benefit of being a powerful tablet. Scan vehicles, reply to emails and surf the net all from the same device. Another fantastic new feature is the ability to send any issues with the unit or vehicles directly to the Xtool Engineering department from the built in help section. Connect wirelessly and be directly in touch with the manufacturer. Send them photos from the built in camera! Wifi also makes updates an easy process, unlike some tools. 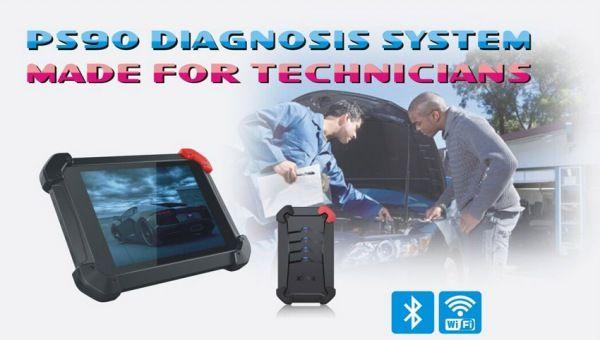 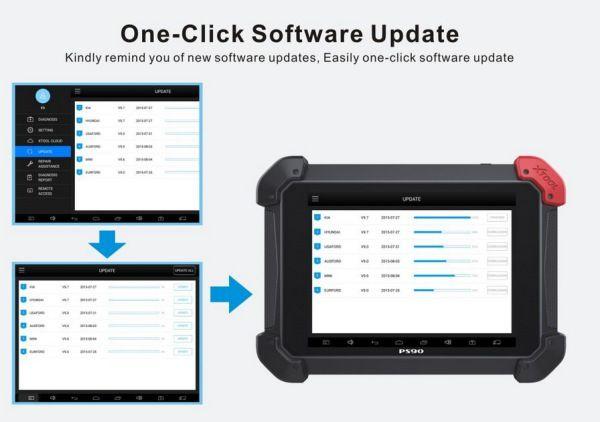 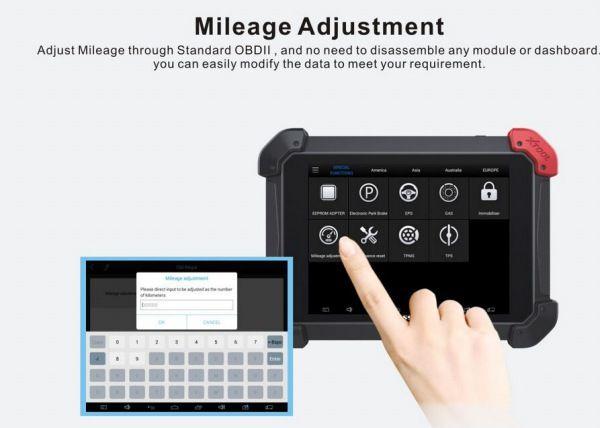 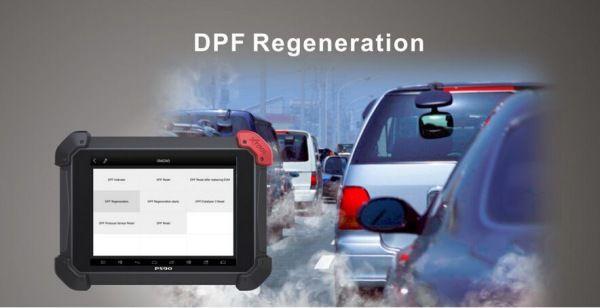 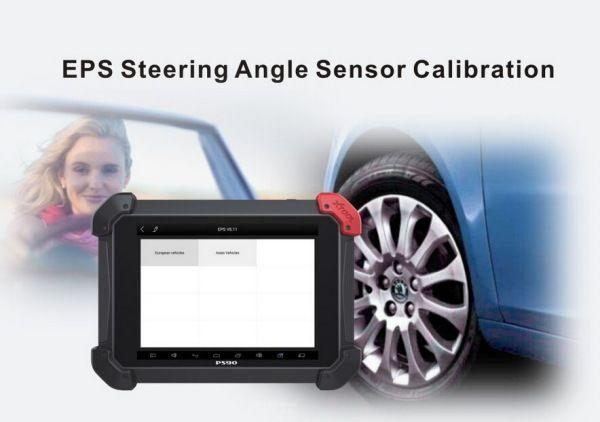 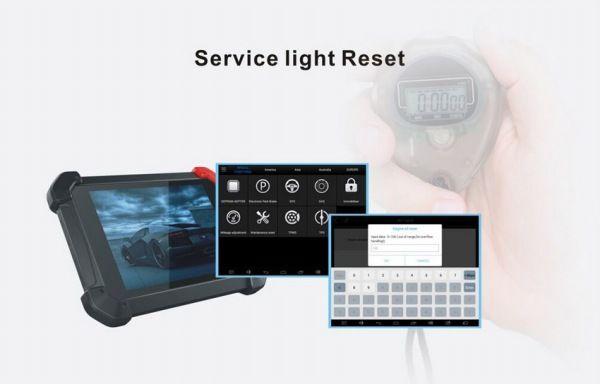 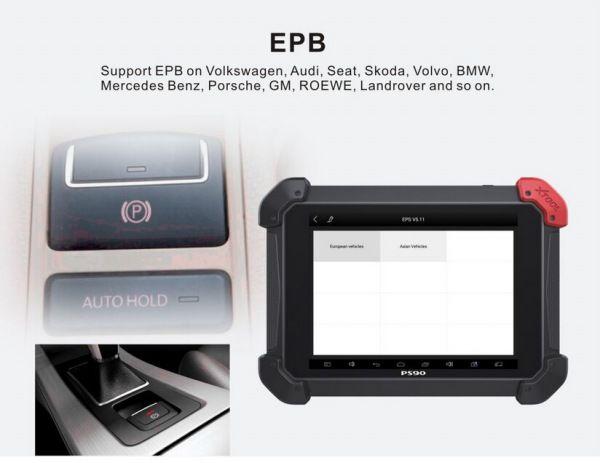 The Replacement of EPB Brake Pad Supports for the Following Models:

Q1:Hi the Xtool Ps90 is come the complete Harwear and the hard case
A1:yes,it's an original tool with plastic packing box.

Q2:Is this tool the same as the auto pro pad for key programming?
A2:Not the same. auto pro pad is designed specially for USA cars. And this Ps90 is like a global coverage. so it might not include all of the usa car models.

Q3:Can this one work for mileage correction on an american cars
A3:yes for some American models. so let me know your car model and year first.

Q4:Do i need a j2534 connector to replace a new or used ecu or does this scanner have a direct interface to replace ecu?
A4:Included but only does a couple of ecu's mostly G.M. cars

Q5:Does this program a key for bmw and Mercedes Benz?
A5:limited car models for benz. can not do BMW cars.

Review 1:
The XTool PS90 is more than just a code reader. I initially used with a BMW X5 that has had the same emissions related code come and go. After running the automatic diagnostics, the unit reported on information from all the various onboard computers and identified issues that were otherwise unknown. I have had many readers and programmers over the years and this is the only one that had provided the details on the various computer. The unit even identified items that BMW has not reported to the owner. Every vehicle is a little different but so far I have found the information to be beneficial. It should be noted that with some of the features, you want to ensure you have an internet connection. When working remotely, I simply attach the unit to my mobile phone to ensure that the recommendations related to codes are available.

Review 2:
It works great, my brother is a mechanic so he is super happy with this super new tool he just programmed a key for my 2012 f150 truck. Very useful tool to program keys and also to find out what's wrong with your vehicle(some parts of vehicle like sensors) 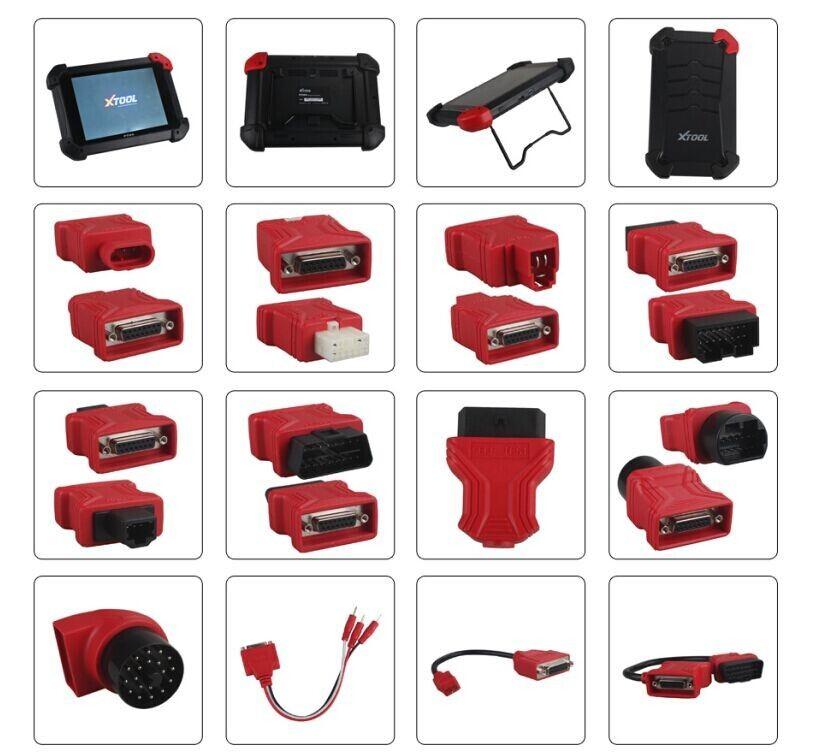 Please check the functions list of PS90 on XTOOL official website, you can see all the details herehttp://www.xtooltech.com/EN/ProductView/PS90.htmlBy kellie

Yes it can support part of it. While you need to tell us the year and model of your 12V diesels, then we can confirm before you make purchase.By kellie